On the road back to peace and unity in the world’s newest nation, r0g_agency for open culture and critical transformation gGmbH is proud to introduce three social activist colleagues from South Sudan. Much of r0g_agency’s current work is dedicated to civil society action and peacebuilding in South Sudan with initiatives such as the #defyhatenow campaign against social media hate speech and online incitement to violence, as well as working with young, dedicated local people to support the development of jHUB – South Sudan’s first media and innovation hub.

r0g_agency‘s special guests offer a first-hand glimpse of South Sudan’s current situation, viewing the chances for peace and the development of an open civil society from three unique perspectives. As members of the Global Innovation Gathering (GIG) all three will also actively participate in the 10th edition of re:publica – one of the world’s leading conferences on society and digital culture (2-4 May).

Mbisimo Emmanuel Victor is a 23-year-old South Sudanese national who graduated in the field of Information Technology in Bugema University. He attended both the #Peacehackcamp project ICT & Video Activism Trainings at Kapital Movie, after which became one of the core team of the Kapital Community as the IT Specialist and Web Administrator. As a young enthusiast who likes doing things by his own and like learning new skills every day, he takes the initiative to improve on his web and app development career. As such he’s also interested in blogging, to participate in educational forums and social networking platforms and deliver sound commentaries, unbiased opinions and non-destructive views. He is part of initial ‘pioneers’ team of the jHUB – the Juba Open Knowledge and Innovation Hub, taking up the challenge of being its first Community Manager.

Grace Keji is a community activist and humanitarian development worker with a Degree in International Development Studies and Post-graduate Certificate in Public Health Policy. She recently finished working for the World University Service of Canada at one of the world’s largest refugee camps, Kakuma in Turkana West County, Kenya. Having earlier lived at Kakuma herself, Grace returned to work as a volunteer primary school teacher, newspaper editor, columnist and as a Girls Education Advocate for the Kenya Equity in Education Project (KEEP). Grace is now back in Juba where she is the project manager of the #defyhatenow initiative to mitigate social media hate speech and online incitement to violence. As a post-conflict peacebuilder Grace is particularly focussed on ensuring equitable education and empowerment of girls and young women in South Sudan.

Hakim George Hakim Hegily is a freelance journalist and social media activist, working passionately to help support the people of South Sudan to build a nation of peace, equality, coexistence and pride. Being co-founder and principal manager of the largest online South Sudanese youth community, Sudaneen Junubeen, Hakim has personally experienced the power of social media for change and impact at the grass roots level in his country. Hakim is committed to seeing journalism and social media in South Sudan being used for positive change, and works to serve and support people directly in doing so.

As a freelance correspondent he collaborates with major media outlets including Thompson Reuters, Al Jazeera and Ebony TV. His interests in local, national and international politics, conflict resolution and dialogue provide him with the knowledge, skills and experience necessary to make his greatest motivation a reality. Since the outbreak of conflict in December 2013, Hakim has been travelling to the some of the most conflict affected areas of the country, including Bentui and Malakal to document the conditions of local citizens in order to share accurate and reliable information with the global community. In collaboration with the Berlin-based ‘r0g_agency for open culture and critical transformation’ #DefyHateNow initiative Hakim is helping to develop and implement strategies to actively counter the forms of directed online incitement to violence that are exacerbating the return of peace to South Sudan.

Travel to Berlin of our guests has been made possible by the ifa – Institut für Auslandsbeziehungen with means of the German Federal Foreign Office and support by the Konrad Adenauer Stiftung, in collaboration with our partners the Global Innovation Gathering, icebauhaus (Weimar), Kapital Movie (Juba) and CEPO – Community Empowerment for Progress Organisation (Juba). 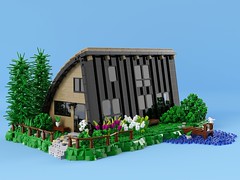