Discover the stories of ordinary citizens taking up the fight against corruption and the staff in our Advocacy and Legal Advice Centres who support them in our new online documentary, African Voices Against Corruption.

Corruption has many names and takes many different forms. Depending on where you live it is called “tchoko”, “gombo” or “doing yourself a favour”. From paying a bribe in order to get treatment at the hospital to having your teacher sell passing exam grades to the highest bidder, corruption touches everyone. At higher levels it leads to governments paying salaries to workers who do not exist, or leaders enriching themselves illegally on funds meant to help the public.

But as our new online documentary African Voices shows, corruption also has a human face. Rado, in Madagascar, was charged 10 times the regular price for a residence certificate he needed. In Cameroon, Laurent’s children were denied school reports thanks to a head teacher asking for a fee for what should have been free. Aminou in Niger was forced to pay his taxes twice by a corrupt police racket.

Find out how Transparency International Initiative Madagascar helped Rado expose corruption in the local administration, leading to a court conviction. See how Laurent spoke up with the support of Transparency International Cameroon, helping all the parents at his school in the process. Meet Aminou and the Association Nigérienne de Lutte Contre la Corruption to discover how they’re fighting back to stop local police racketeering.

People in Cameroon, Madagascar and Niger encounter corruption often and as a result trust in public institutions and authorities is very low. It’s no surprise that Transparency International’s Advocacy and Legal Advice Centres in these three countries and others across the continent have attracted popular support.

Find out more about these and other stories here.

2 thoughts on “African Voices against Corruption” 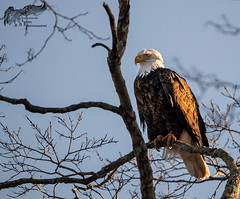