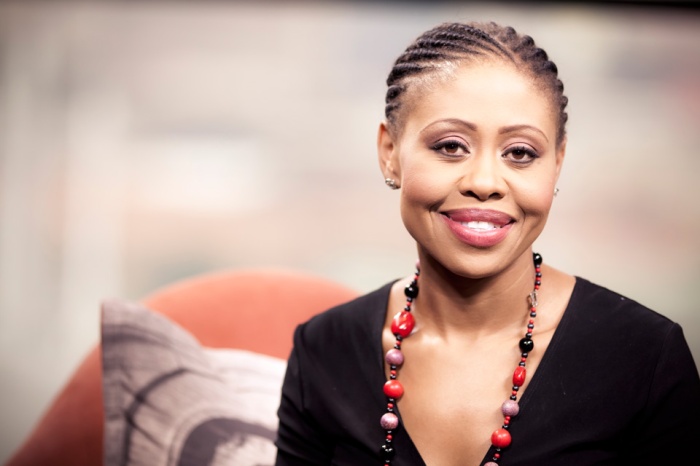 “With South Africa in mourning, this edition of South2North is dedicated to the memory of South Africa’s first democratically elected leader, Nelson Mandela,” says Redi, who hosts South2North from Johannesburg. “Those who’ve been in Nelson Mandela’s presence can testify that he had a magnetic personality and today we are feeling this loss profoundly. Madiba lived a deep and meaningful life, a life filled with loss, love, defeat and outstanding triumph. Film directors from all over the world have captured aspects of his life in their work. Some of them were privileged to have precious moments with him. We’ve asked three filmmakers to select some of their best footage about Mandela and share that with us as we celebrate his legacy.”

Redi is joined in studio by filmmakers Angus Gibson, Khalo Matabane and Xoliswa Sithole, who have all made documentaries on Mandela.

On South2North, he shares clips of Madiba reflecting on his initiation as a 16-year-old; of Madiba remembering how his first teacher gave him his ‘Christian name’ of Nelson and how his mother called him Nelisile, because she couldn’t pronounce his ‘white name’ properly; of Mandela explaining why he refused to wear a bowtie to his inauguration; and of Winnie Madikizele-Mandela talking about her first date with her future husband.

Xoliswa Sithole got her break in the film industry playing Zinzi Mandela in 1987’s Emmy-nominated Mandela. A BAFTA and Peabody Award winning filmmaker, Xoliswa produced the documentary Projek Mandela in 2009. The gripping political thriller looks at the 13-year period from 1977 to 1990 and how the apartheid government agonized over the release of Nelson Mandela.

Speaking about her conversations with Apartheid spies during the making of her film, she says, “In spite of the fact that they were working for the Nationalist government and were there to promote Apartheid, all of them say he [Mandela] was a decent human being. That is what he represents to me. He has the ability to see the God in everybody.”

She also shares her own experience of meeting Mandela and having him flirt charmingly with her.

Khalo Matabane directed A Letter to Mandela, which won the Special Jury Award at the International Documentary Film Festival Amsterdam (IDFA) in November 2103. In A Letter to Mandela, Khalo interviews the likes of Wole Soyinka, the Dalai Lama and George Bizos to understand the influence of Mandela’s philosophies on people all over the world.

“Whenever I travelled, people used to say to me, ‘If only we had Nelson Mandela in our country, our lives would be different,’ says Khalo. “I wanted to understand what is it about this figure that everyone gravitates towards him.”

Khalo speaks about filming Nelson Mandela Squatter Camp. “What do you do when they name a shantytown after you? As tragic as Nelson Mandela’s death is, it [may] actually liberate the country in terms of discussing critical issues they never spoke about.”

The episode ends with a clip of Mandela talking about his own death in Mandela: Son of Africa. “Death is something inevitable,” he says. ”When a man has done what he considers to be his duty to his people and his country, he can rest in peace. I believe I have made that effort and that is therefore why I will sleep for the eternity.”

For more information, visit http://www.aljazeera.com/programmes/south2north/, where all episodes are available to watch online.

You can also tweet your questions, comments and opinions to @AJSouth2North or find South2North on Facebook: http://www.facebook.com/pages/South-2-North/255419671252120.