Dr Sipho Moyo, Director of ONE Africa in Johannesburg, met with Liberia’s President Ellen Johnson Sirleaf last week. She reported about the meeting on the ONE blog. Also at the meeting was ONE’s new Chief Executive Officer, Michael Elliot, visiting Liberia for the first time.

Here is some of what she said after the meeting:

At ONE, we strongly believe that for poor rural populations throughout Africa, smart investments in agriculture are key to reducing poverty, building viable livelihoods and accessing affordable food. Meeting with President Sirleaf Johnson was a great opportunity to find out how committed Liberia’s President is to agriculture.

[…] Another one of her top priorities is education particularly tertiary educational and vocational skills training. According to UNICEF, education in Liberia was severely affected by the First and Second Liberian Civil Wars, between 1989 and 2003. Therefore, while the country has seen a large increase in foreign direct investment in sectors such as mining, forestry, and now petroleum, the potential for Liberians to get good jobs is limited by a mismatch in the required skills. Corporations that have a presence in Liberia will need to step up and invest seriously in vocational training for their workers, in an effort to fill the skills gap.

During the talks, the issue of corruption was raised as well as the government’s fight against it. Dr. Sipho Moyo concludes that the incedible transformation from the Liberia [she] saw five years ago when [she] attended her inauguration – little more than a depressing ruin – to what [she] saw this week – a much more organized, energized, optimistic and promising country with some well chosen cabinet members should be proof enough to let the President Ellen Johnson Sirleaf continue on her path, leading Liberians to their promised land.

Read here the original report on the meeting.

Also check the ONE Africa Blog

ONE is a grassroots advocacy and campaigning organization that fights extreme poverty and preventable disease, particularly in Africa, by raising public awareness and pressuring political leaders to support smart and effective policies and programs that are saving lives, helping to put kids in school and improving futures. Read more about ONE … 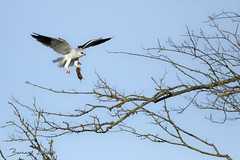 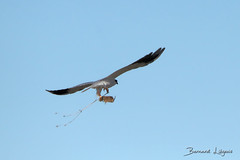